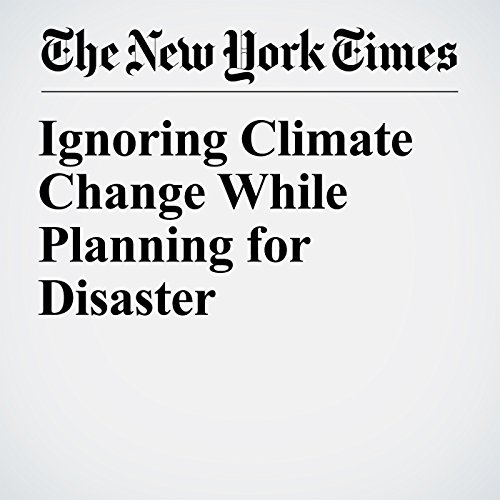 In August, a week before Hurricane Harvey made landfall in Texas, President Donald Trump rescinded an Obama-era executive order that urged federal agencies to take into account climate change and sea-level rise when rebuilding infrastructure. FEMA is now wrestling with the problem of how to help communities prepare for future flooding disasters that could be far more severe than anything seen this year, while the Trump administration has largely been hostile to discussions of global warming.

"Ignoring Climate Change While Planning for Disaster" is from the November 08, 2017 U.S. section of The New York Times. It was written by Brad Plumer and narrated by Keith Sellon-Wright.