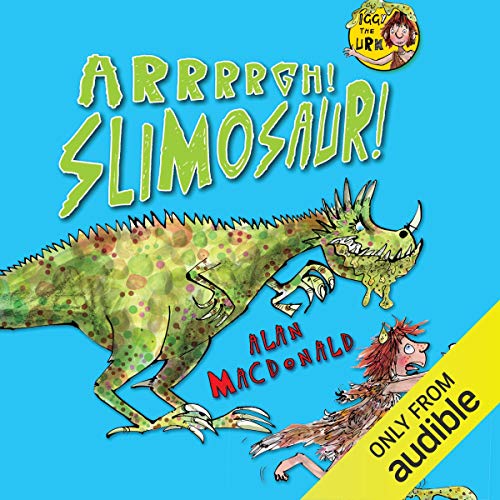 Iggy is excited as he sets off with Dad on his first hunting trip. When they find a set of huge footprints, a heap of bones and a pool of slime, Iggy wants to hunt the creature, but Dad is suddenly anxious to get back. Later, Iggy’s Grumma tells him about the Slimosaur – a great scaly beast which coats you in slime before devouring you in one go.

The Urks have had a poor harvest and food is running very low. Chief Hammerhead calls the Elders and they decide that to appease the spirits one of their tribe must be sacrificed to the Slimosaur. They cast lots, and to Iggy’s dismay his friend Umily draws the shortest stick. Can Iggy rescue Umily, armed only with a small catapult, a net and a cunning plan?