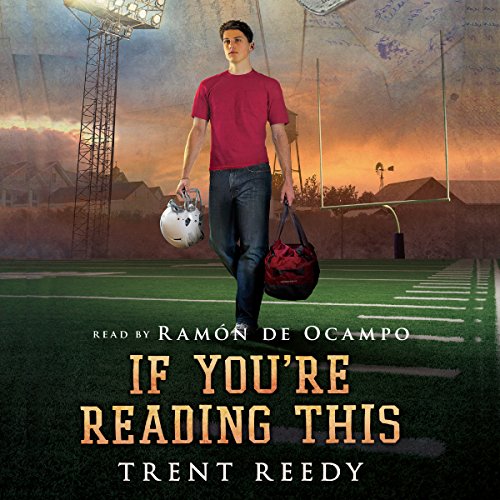 From the author of Words in the Dust and Divided We Fall: A heartwarming book about a son reconnecting with the father he lost in Afghanistan.

Mike was seven when his father was killed in mysterious circumstances in Afghanistan. Eight years later, the family still hasn't recovered: Mike's mom is overworked and overprotective; his younger sister, Mary, feels no connection to the father she barely remembers; and in his quest to be "the man of the family", Mike knows he's missing out on everyday high school life.

Then, out of the blue, Mike receives a letter from his father - the first of a series Dad wrote in Afghanistan, just in case he didn't come home, meant to share some wisdom with his son on the eve of Mike's 16th birthday. As the letters come in, Mike revels in spending time with his dad again, and takes his encouragement to try new things - to go out for the football team, and ask out the beautiful Isma. But who's been keeping the letters all these years? And how did Dad actually die? As the answers to these mysteries are revealed, Mike and his family find a way to heal and move forward at last.

Cosa pensano gli ascoltatori di If You're Reading This

It's a great book

I love this book. It's a great read for anyone. I was a teenage boy when i read this book, and i loved it the first time i read it, and 20th time i did.

this book was great. the football brought me back to my teen years, the romance reminded me of falling the first time, the letters from dad. powerful.

This book was really cool. I suggest reading it . I love this book. Sooooo you should get it

Could have been more touching

I liked the idea and concept, but the characters lacked real emotions. It felt like an episode of Degrassi or something. I wish the characters were more believable and that the dialogue was more fulfilling. Still worth a read

I'm a Teacher Librarian who read this selection with my high school student book club. This story is an excellent vehicle to bring wonderful messages to young and old alike on how to live a good life. There is a lot of football action in the story which at first was off-putting but as I continued, I found that I learned a great deal about playing football from the players viewpoint. There were times I yelled at Mike, the main character because of his choices & being oblivious to the solution to his problems But as the story progressed, I could see things from his point of view. It's a truly unique approach - dealing with loss, the war in Afghanistan, the way people deal with grief - or don't deal with grief. Totally worth reading. I highly recommend it.