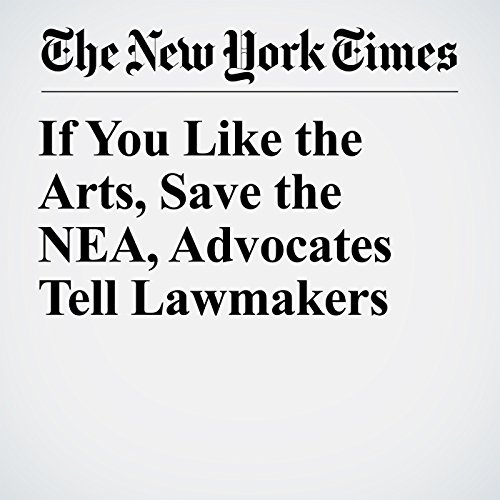 Just before 9 a.m. Tuesday, Grace Alt, an 18-year-old from Wyndmoor, Pennsylvania, stood outside Sen. Bob Casey’s office door. Wearing a sash inscribed with the word “Thespian,” she was among 700 people who traveled here to ask lawmakers to oppose President Donald Trump’s proposal to eliminate the National Endowment for the Arts.

"If You Like the Arts, Save the NEA, Advocates Tell Lawmakers" is from the March 21, 2017 Arts section of The New York Times. It was written by Katie Rogers and narrated by Keith Sellon-Wright.

Cosa pensano gli ascoltatori di If You Like the Arts, Save the NEA, Advocates Tell Lawmakers