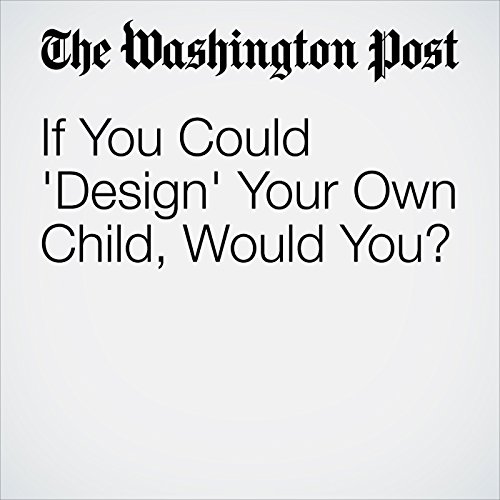 Scientists in Portland, Ore., just succeeded in creating the first genetically modified human embryo in the United States, according to Technology Review. A team led by Shoukhrat Mitalipov of Oregon Health & Science University is reported to “have broken new ground both in the number of embryos experimented upon and by demonstrating that it is possible to safely and efficiently correct defective genes that cause inherited diseases.”

"If You Could 'Design' Your Own Child, Would You?" is from the July 27, 2017 Innovations section of The Washington Post. It was written by Vivek Wadhwa and narrated by Kristi Burns.

Cosa pensano gli ascoltatori di If You Could 'Design' Your Own Child, Would You?