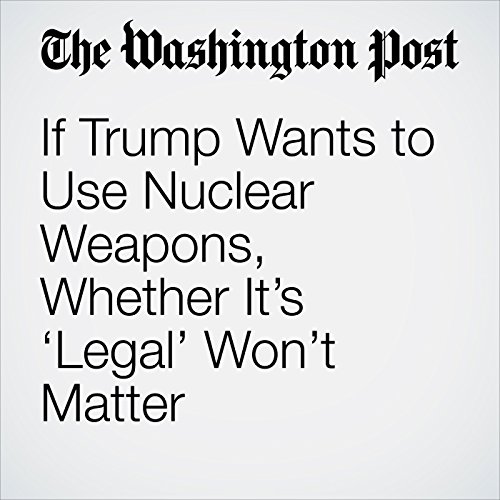 No national decision is as consequential, irreversible and fateful as the decision to use nuclear weapons. In the United States the president, and only the president, has the authority to order the unleashing of nuclear weapons. This power is not given by the Constitution, nor any specific law. It results from a series of Cold War-era decisions made secretly by the executive branch and the U.S. military.

"If Trump Wants to Use Nuclear Weapons, Whether It’s ‘Legal’ Won’t Matter" is from the November 22, 2017 PostEverything section of The Washington Post. It was written by Alex Wellerstein and Avner Cohen and narrated by Sam Scholl.