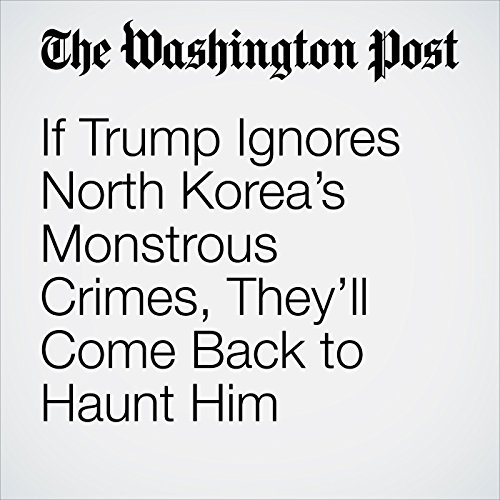 If Trump Ignores North Korea’s Monstrous Crimes, They’ll Come Back to Haunt Him

People who argue that President Trump should set aside the issue of human rights when he meets Kim Jong Un on Tuesday ignore the fact that Kim’s regime is not just guilty of the abuses usually chronicled by advocacy groups — torture, disappearances and the like. It is founded on, and sustained by, crimes against its population so massive and monstrous that they almost defy description. Kirby, whose U.N. commission laid them out in a landmark 2014 report, described four vast compounds where between 80,000 and 130,000 people — including multiple generations of families — are held incommunicado for life and subjected to brutalities comparable to those in the Nazi concentration camps.

"If Trump Ignores North Korea’s Monstrous Crimes, They’ll Come Back to Haunt Him" is from the June 10, 2018 Opinion section of The Washington Post. It was written by Jackson Diehl and narrated by Sam Scholl.