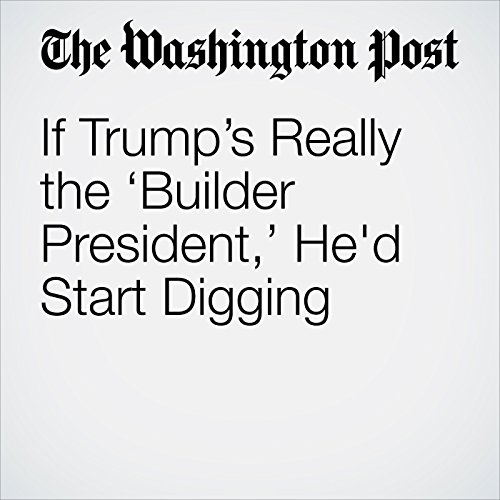 After his victory on tax reform, President Trump should turn to another broadly popular initiative: infrastructure. Instead of expending his energy and dwindling political capital on contentious issues such as immigration reform and trade, he should make rebuilding the nation’s physical plant the central focus of his administration. Such an initiative could be his greatest legacy.

"If Trump’s Really the ‘Builder President,’ He'd Start Digging" is from the January 24, 2018 Opinion section of The Washington Post. It was written by Carter Eskew and narrated by Sam Scholl.