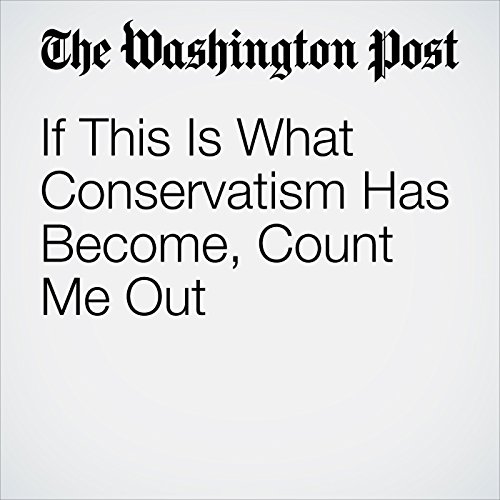 I’m used to being vilified by the far left as a bloodthirsty neocon warmonger for the Original Sin of having supported the invasion of Iraq along with 72 percent of the American public. It has been a little more surprising to be simultaneously vilified by the far right as a dangerous left-winger.

"If This Is What Conservatism Has Become, Count Me Out" is from the February 25, 2018 Opinion section of The Washington Post. It was written by Max Boot and narrated by Sam Scholl.

Cosa pensano gli ascoltatori di If This Is What Conservatism Has Become, Count Me Out