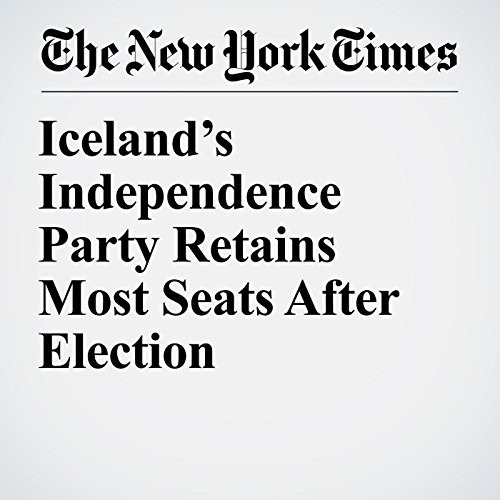 Iceland’s governing conservative Independence Party held off a stiff election challenge from the Left-Green Movement to maintain the most seats in parliament, results released Sunday showed.

"Iceland’s Independence Party Retains Most Seats After Election" is from the October 29, 2017 World section of The New York Times. It was written by Richard Martyn Hemphill and narrated by Keith Sellon-Wright.