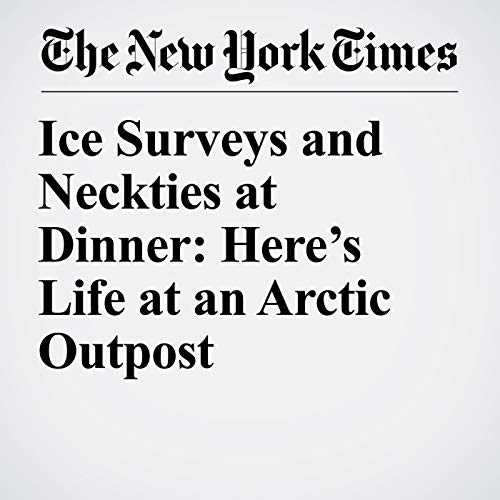 For the past 40 years, thanks to satellite measurements, scientists have known that sea ice coverage in the Arctic is shrinking. Global warming has reduced the extent of ice in the region in summer, when it is at its lowest, by nearly 13 percent a decade. That has led some researchers to predict that the Arctic could be ice-free in summers by the middle of the century.

"Ice Surveys and Neckties at Dinner: Here’s Life at an Arctic Outpost" is from the September 21, 2018 World section of The New York Times. It was written by Henry Fountain and narrated by Mike DelGaudio.