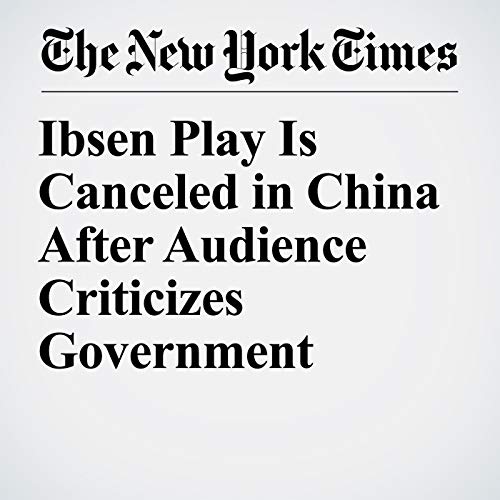 A German theater production that invited audiences in China to voice their complaints about society has been canceled over fears of what they might say.

"Ibsen Play Is Canceled in China After Audience Criticizes Government" is from the September 13, 2018 World section of The New York Times. It was written by Alex Marshall and Zoe Mou and narrated by Kristi Burns.