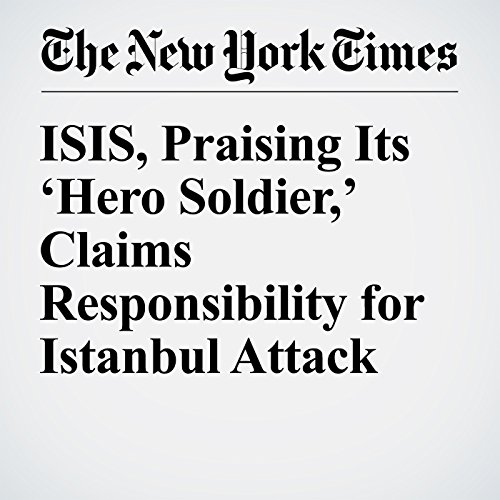 The Islamic State on Monday issued a rare claim of responsibility for an attack in Turkey after a New Year’s Day shooting at an Istanbul nightclub that killed at least 39 people, describing the gunman who carried out the assault — and who has not been identified or captured — as “a hero soldier of the caliphate.”

"ISIS, Praising Its ‘Hero Soldier,’ Claims Responsibility for Istanbul Attack" is from the January 02, 2017 World section of The New York Times. It was written by Tim Arango and narrated by Keith Sellon-Wright.