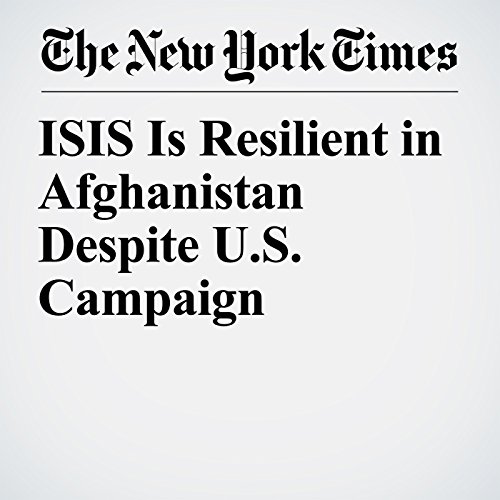 When the U.S. military dropped the largest bomb in its arsenal on an Islamic State cave complex here in eastern Afghanistan in April, the generals justified it as part of a robust campaign to destroy the group’s local affiliate by year’s end. But as the year comes to a close, the Islamic State is far from being vanquished in eastern Afghanistan, even as the group is on the run in its core territory in Iraq and Syria.

"ISIS Is Resilient in Afghanistan Despite U.S. Campaign" is from the December 25, 2017 World section of The New York Times. It was written by Mujib Mashal and narrated by Keith Sellon-Wright.