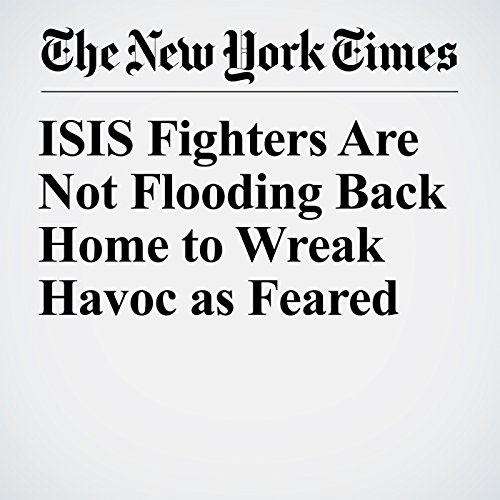 As recently as a year ago, United States and other Western counterterrorism officials feared that a major surge of Islamic State fighters would return home to Europe and North Africa to commit mayhem after being driven out of their strongholds in Mosul, Iraq, and Raqqa, Syria.

"ISIS Fighters Are Not Flooding Back Home to Wreak Havoc as Feared" is from the October 22, 2017 Politics section of The New York Times. It was written by Eric Schmitt and narrated by Keith Sellon-Wright.