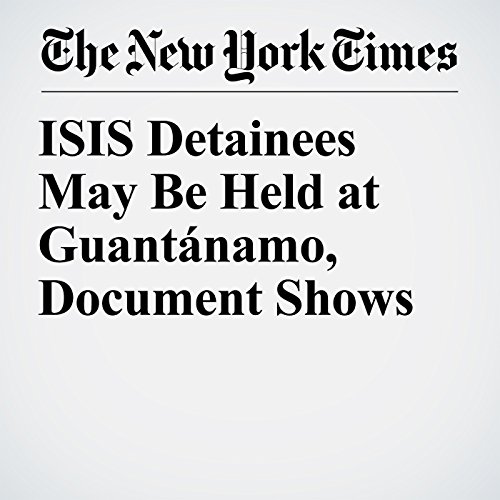 The Trump White House is nearing completion of an order that would direct the Pentagon to bring future Islamic State group detainees to the Guantánamo Bay prison, despite warnings from national security officials and legal scholars that doing so risks undermining the effort to combat the group, according to administration officials and a draft executive order obtained by The New York Times.

"ISIS Detainees May Be Held at Guantánamo, Document Shows" is from the February 08, 2017 World section of The New York Times. It was written by Charlie Savage and narrated by Keith Sellon-Wright.