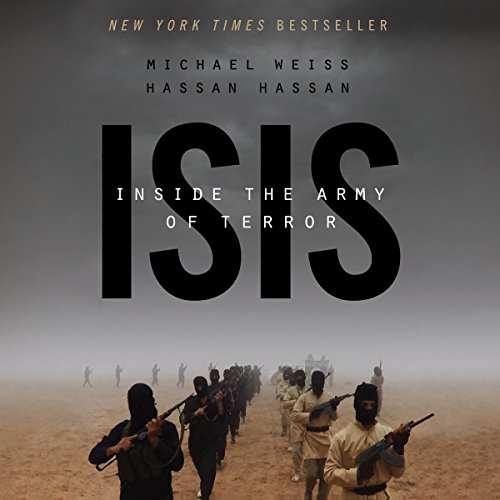 Rather than celebrating warfare, 50 Battles That Changed the World looks at clashes the author believes have had the most profound impact on world history. Listed in order of their relevance to the modern world, they range from the ancient past to the present day and span the globe many times over.

In 1933, Adolf Hitler became Chancellor of Germany. A year later, all parties but the Nazis had been outlawed, freedom of the press was but a memory, and Hitler's dominance seemed complete. Yet over the next few years, an unlikely clutch of conspirators emerged - soldiers, schoolteachers, politicians, diplomats, theologians, even a carpenter - who would try repeatedly to end the Fuhrer's genocidal reign. This dramatic and deeply researched book tells the full story of those noble, ingenious, and doomed efforts.

Rather than celebrating warfare, 50 Battles That Changed the World looks at clashes the author believes have had the most profound impact on world history. Listed in order of their relevance to the modern world, they range from the ancient past to the present day and span the globe many times over.

In 1933, Adolf Hitler became Chancellor of Germany. A year later, all parties but the Nazis had been outlawed, freedom of the press was but a memory, and Hitler's dominance seemed complete. Yet over the next few years, an unlikely clutch of conspirators emerged - soldiers, schoolteachers, politicians, diplomats, theologians, even a carpenter - who would try repeatedly to end the Fuhrer's genocidal reign. This dramatic and deeply researched book tells the full story of those noble, ingenious, and doomed efforts. 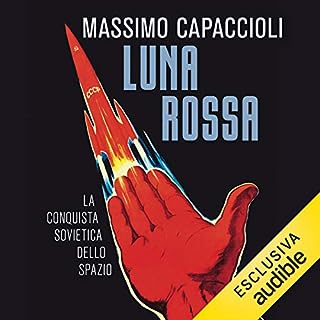 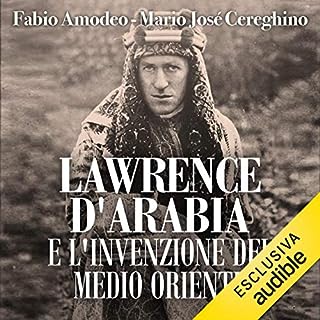 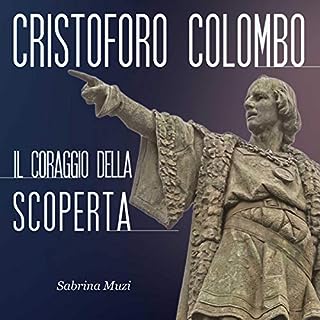 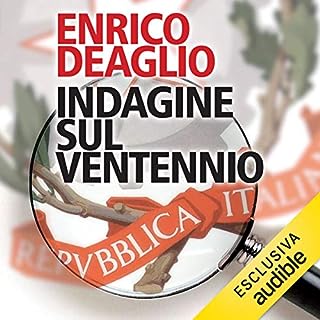 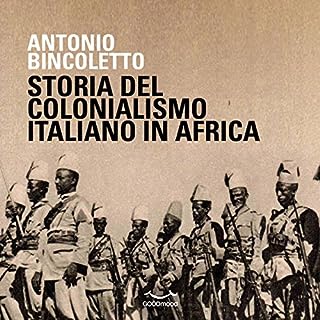 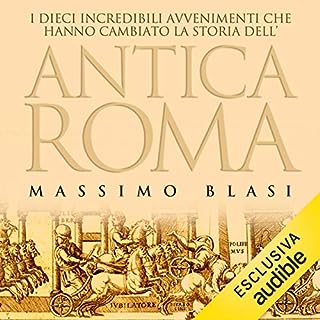 Initially dismissed by US President Barack Obama, the Islamic State of Iraq and Syria (ISIS) has shocked the world by conquering massive territories in both countries and promising to create a vast new Muslim caliphate that observes the strict dictates of Sharia law. In ISIS: Inside the Army of Terror, American journalist Michael Weiss and Syrian analyst Hassan Hassan explain how these violent extremists evolved from a nearly defeated Iraqi insurgent group into a jihadi army of international volunteers who have conquered territory equal to the size of Great Britain. Drawing on original interviews with former US military officials and current ISIS fighters, the authors also reveal the internecine struggles within the movement itself as well as ISIS' bloody hatred of Shiite Muslims, which is generating another sectarian war in the region. Past is prologue, and America's legacy in the Middle East is sowing a new generation of terror.

Well researched with a lot of great information but hard to follow if you're not familiar with the names and places in Arabic.

Best book written on ISIS that I have read

Michael Weiss does an excellent job laying out the case against Assad, explaining the larger picture which encompasses much more than just ISIS. I have read several books on ISIS and this is by far the most substantive I have read. You might have to listen to it twice, there's a lot of substance. Excellent narration, too!


A very tough book for me to review because I am so ashamedly unfamiliar with the language, geography, vernacular, and apparently even more so with the rapid churning of the collusive state of affairs. Several reviewers mentioned trouble tracking because of the names and language -- Amen. Abu Mus'ab al-Zarqawi, Abu Bakr al-Baghdadi, Abu Muhammad al-Adnani, Ibn Yasin...add in the Abu's, Bin's, Ben's Ibn's, Al's...the generational references of who begat who, the-father-of, the-son-of, etc.. It had me in a cloud of confusion, recalling all the begatting in Genesis, or the historical records of Adam to Abraham in 1 Chronicles 1-9. For pages, I felt like Eutychus while Paul spoke on and on (Acts 20:9) ???-z-z-z-z. I was tempted to deploy the decorating tactics of Homeland's Carrie Mathison during one of her manic attacks just to keep track of who's-who/the connections/the global theater/etc. My room would be a spider web puzzle of post-it notes and zig-zagging strings (which is a perfect metaphor). What I'm saying is the subject matter, as written by these two very knowledgeable journalists, is utterly thorough, antecedent, academic--over my head.

Has anyone written a *For Dummies* version? Shame on me; how did I get so behind, so uninformed, so complacent about not understanding what is happening? I did listen twice, but it was futile--like a second session with Rosetta Stone; I hardly felt more fluent. But, I did understand on some level the portent of threat, the hatred, and the intense commitment to whatever the hell the cause is. Dogma/oil/genetics?

The fact that both Michael Weiss and Hassan Hassan are top-notch journalists that have the history and inside experience, I imagine would make this book extremely interesting to those with an understanding of this continuing conflict in Syria. I both envy and applaud your knowledge. We should all understand this brutal threat. I am still largely in the dark, but not giving up yet. I wish I could get suggestions, from you that are more informed, of a better beginning to understanding.

Does very well describing "the road to war" and the complexity to the current threat the world faces. Whether a novice or an expert on this subject area, you will still find the book very useful and informative.

This was a good book to know the historical rise of ISIS and who the players are. It was sometimes hard to follow because of all of the names to remember. The organization is barbaric and needs to be stopped. The middle east is turning into a barbaric lawless human rights violating society.

Weiss and Hassan have produced a detailed and highly readable book on the history of ISIS. They have done extensive research on the subject not only delving into the archives but conducting lots of interviews with a variety of people such as NATO and regional military officials, intelligence operatives and diplomats. They also state they interviewed defecting Syrian spies and officials and well as Syrians who work for ISIS. Hassan is an expert on tribal and jihadist dynamics and is a researcher at the Delma Institute in Abu Dhabi. Weiss is a journalist who was stationed in Iraq.

According to the authors Aba Baker al-Baghdadi created his monotheism and Holy War movement based on his own radical jihadist ideas. The authors report that he had created the basics of his ideology from Saudi Arabia’s Wahabi ideology and its Sharia law. The authors show how ISIS feeds on state dysfunction and Sunni outrage to feed his organization. I wished the authors had provided more in-depth information as to the basic structure and organization chart of ISIS. The authors outline the serious danger ISIS poses to Western civilization and for the average Muslim and other religions of the world in this war of ideology. This is the first time I had listen to Qarie Marshall narrate and he did a good job.

it was extremely informative, but it got confusing at times given all of the Arabic names and locales in the Middle East I was unfamiliar with.

This book provides an excellent historical perspective on the fighting in Syria and Iraq since the American invasion of Iraq in 2003.

Full of excellent insight. Will require a second listen and frequent trips to the Internet. Very insightful for those trying to make sense out of the events in the middles east.

I strongly recommend it for any one who really wants to know something serious about ISIS.
The narrator did his very best to correctly pronouce the arabic names & terms. He succeeded most of the time, a few escaped him.

A brief but well researched history of daish

The author adopts the theory that ISIS was conceived and carried out by the minds of a handful of especially capable and opportunistic jihadists, but also introduces the socio-religious context which acquiesced to or bolstered their development

Really liked it, quite a contrast to what we are being fed by mainstream media.

loved how much I learned but with so much in there, I'm actually going to listen again straight away

The book is well read, easy to follow and gives a considered recent history of Isis. I was looking for a little bit more about personal experiences and the book doesn't really deal with Isis on a personal level. This comment does not detract, in anyway, from a well read and riveting account.

I will need to listen again it's very complicated, but well explained with main players analysed in helpful detail.

Well done and authoritative, but not clearly structured so challenging to follow. Also, written from the point of view that ISIS is outmanoeuvring the west, but well argued. recommended.

What disappointed you about ISIS?

the inability of amazon / audible to run a consistent downloading process from one month to the next. Eventually it will be sorted. Looks like a really interesting book though.

Would you ever listen to anything by Michael Weiss and Hassan Hassan again?

Dont know. cant hear him / her as techies or suits cannot sort out the download process without changing it every month or two.

If you could play editor, what scene or scenes would you have cut from ISIS?