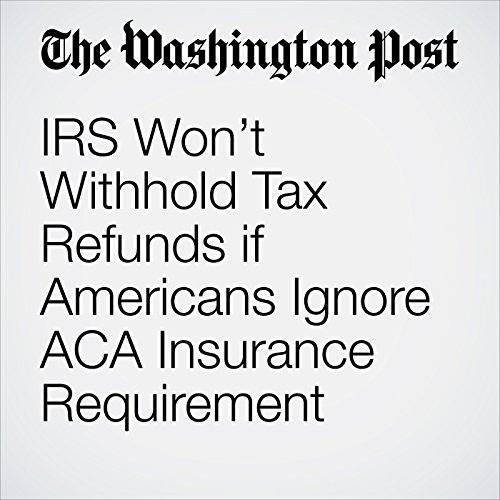 The Trump administration is taking its first steps to put its imprint on the Affordable Care Act, reversing plans to withhold tax refunds this year from Americans who flout the law’s insurance requirement while proposing a series of rule changes to encourage insurers to remain in ACA marketplaces.

"IRS Won’t Withhold Tax Refunds if Americans Ignore ACA Insurance Requirement" is from the February 15, 2017 Health & Science section of The Washington Post. It was written by Amy Goldstein and narrated by Sam Scholl.