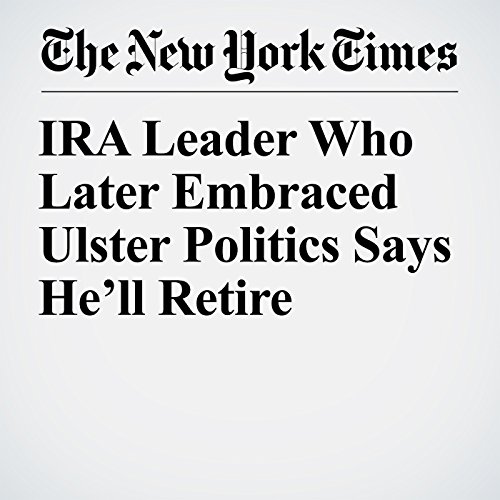 Martin McGuinness, the former first deputy minister of Northern Ireland, on Thursday announced his retirement on health grounds, ending a remarkable career during which he evolved from paramilitary leader to peacemaker and politician.

"IRA Leader Who Later Embraced Ulster Politics Says He’ll Retire" is from the January 19, 2017 World section of The New York Times. It was written by Stephen Castle and narrated by Barbara Benjamin-Creel.