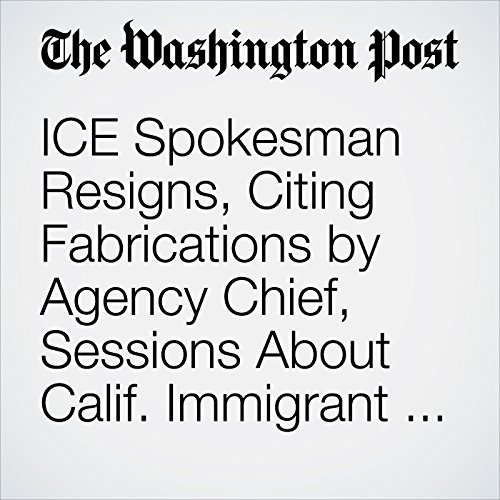 A spokesman for U.S. Immigration and Customs Enforcement has resigned over what he described as “false” and “misleading” statements made by Attorney General Jeff Sessions and ICE acting director Thomas D. Homan.

"ICE Spokesman Resigns, Citing Fabrications by Agency Chief, Sessions About Calif. Immigrant Arrests" is from the March 13, 2018 Politics section of The Washington Post. It was written by Meagan Flynn and Avi Selk and narrated by Sam Scholl.