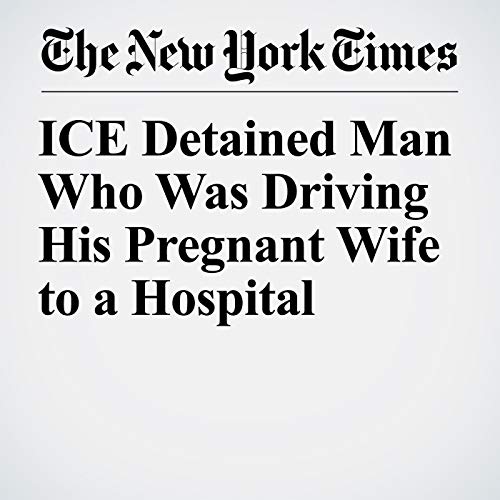 A man was driving his pregnant wife to a scheduled cesarean section Wednesday when immigration officials arrested him — leaving her to drive herself to a hospital and have the baby on her own, according to the woman and the family’s legal representative.

"ICE Detained Man Who Was Driving His Pregnant Wife to a Hospital" is from the August 19, 2018 U.S. section of The New York Times. It was written by Jacey Fortin and Sarah Mervosh and narrated by Kristi Burns.