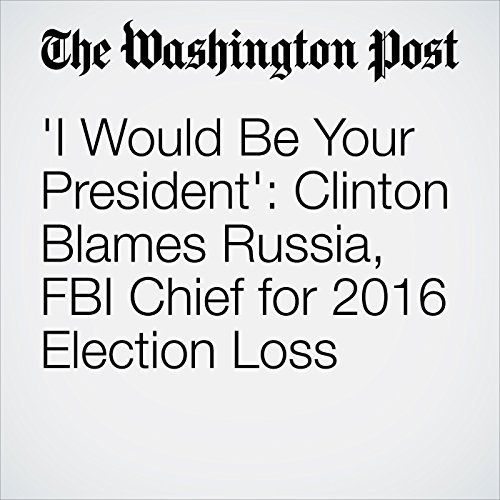 'I Would Be Your President': Clinton Blames Russia, FBI Chief for 2016 Election Loss

Clinton stated broadly that she takes “absolute personal responsibility” for her failure to win the White House. Yet the Democratic nominee declined to fault her strategy or message, nor did she acknowledge her own weak­nesses as a campaigner or the struggles by her and her advisers to at first comprehend and then respond to the angry mood of broad swaths of the electorate.

"I Would Be Your President': Clinton Blames Russia, FBI Chief for 2016 Election Loss" is from the May 03, 2017 Politics section of The Washington Post. It was written by Philip Rucker and narrated by Sam Scholl.