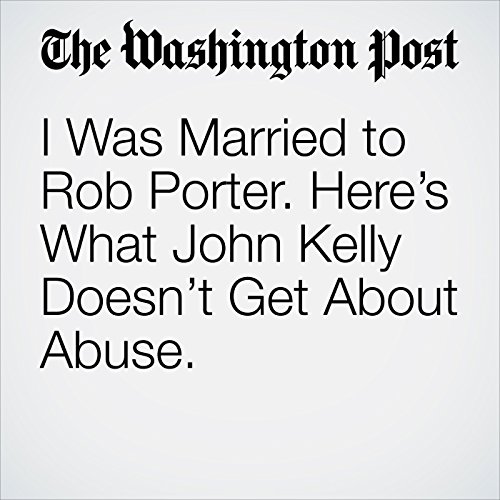 Jennie Willoughby was the second wife of former White House staff secretary Rob Porter.It has been one month since the story became public of the abuse I suffered at the hands of my ex-husband, Rob Porter, along with accusations from his first wife, Colbie Holderness. Yet the White House has still not acknowledged our names or apologized to us for mishandling the situation.

"I Was Married to Rob Porter. Here’s What John Kelly Doesn’t Get About Abuse." is from the March 09, 2018 Opinion section of The Washington Post. It was written by Jennie Willoughby and narrated by Jenny Hoops.

Cosa pensano gli ascoltatori di I Was Married to Rob Porter. Here’s What John Kelly Doesn’t Get About Abuse.