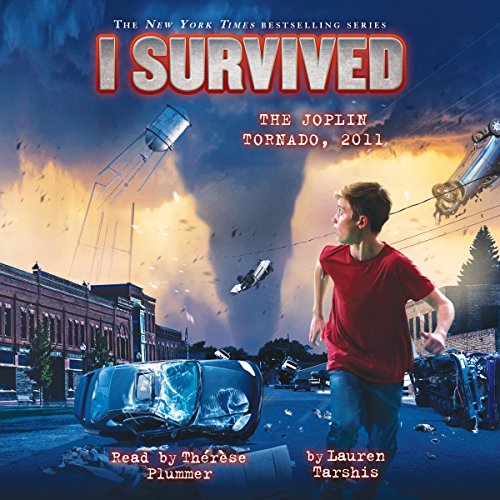 The next book in the New York Times best-selling I Survived series will place listeners right in the middle of the deadly Joplin Tornado of 2011.

A catastrophic tornado struck Joplin, Missouri, in 2011. It was part of a larger tornado outbreak in the spring of that year, and reached a maximum width of nearly one mile during its path through the southern part of the city, killing 158 people, and injuring over 1,000. It caused damages amounting to $2.8 billion, making it the costliest single tornado in US history. Lauren will bring her signature intensity to this distinctly American natural disaster, placing a young boy in the middle of one of the deadliest tornadoes to strike the United States since 1947.

My son was glued to this story. His favorite I Survived series. highly recommended for little boys

I love the butt because it takes me back to when I was out fishing with my family. We where outside of Joplin when the Tornado Had hit. We heard the sirens go off so we hopped it on car and rushed to the nearest tornado shelter.It was the scariest time of my life but it brought me closer to my family.