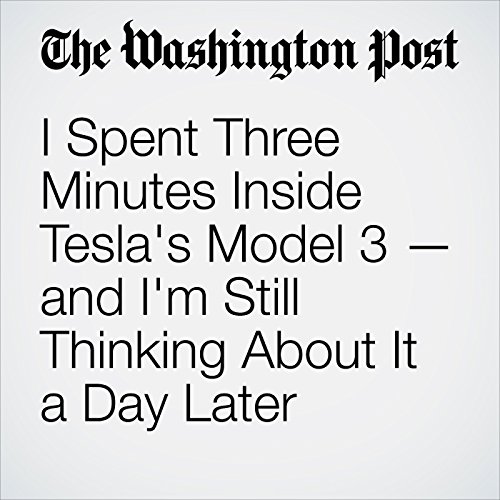 The raucous crowd had dwindled to a few dozen hangers-on. The international reporters had returned to their hotels, and Tesla’s billionaire chief executive, Elon Musk, had disappeared into his sprawling Fremont, Calif., factory about an hour earlier.

"I Spent Three Minutes Inside Tesla's Model 3 — and I'm Still Thinking About It a Day Later" is from the July 29, 2017 Innovations section of The Washington Post. It was written by Peter Holley and narrated by Sam Scholl.