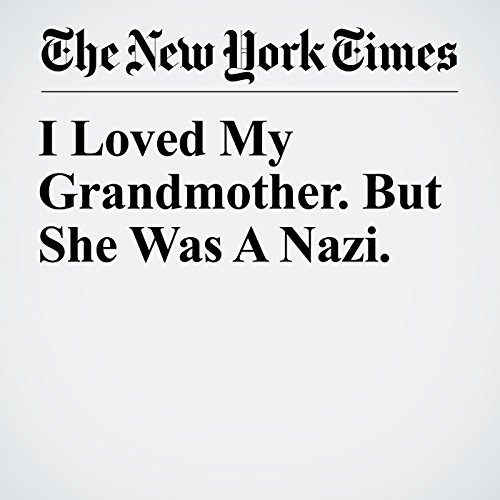 My grandparents were Nazis. It took me until recently to be able to say — or write — this. I used to think of and refer to them as “ordinary Germans,” as if that was a distinct and morally neutral category. But like many “ordinary Germans,” they were members of the Nazi Party — they joined in 1937, before it was mandatory.

"I Loved My Grandmother. But She Was A Nazi." is from the March 24, 2017 Opinion section of The New York Times. It was written by Jessica Shattuck and narrated by Fleet Cooper.

Cosa pensano gli ascoltatori di I Loved My Grandmother. But She Was A Nazi.