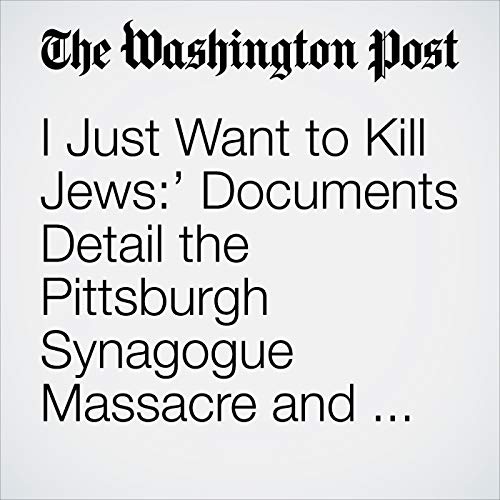 Authorities have named the 11 people killed Saturday when a man armed with three pistols and a semiautomatic assault-style rifle attacked a synagogue in Pittsburgh — the deadliest attack on Jews in the history of the United States.

"I Just Want to Kill Jews:’ Documents Detail the Pittsburgh Synagogue Massacre and Name the Dead" is from the October 28, 2018 National section of The Washington Post. It was written by Avi Selk, Mark Berman and Joel Achenbach and narrated by Sam Scholl.