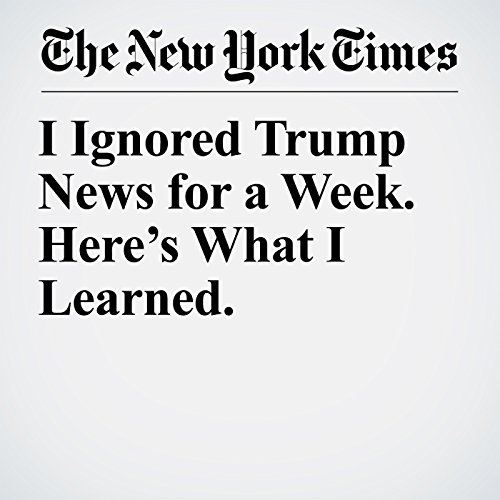 Coverage of Trump may eclipse that of any single human being ever. The reasons have as much to do with him as the way social media amplifies every big story until it swallows the world.

"I Ignored Trump News for a Week. Here’s What I Learned." is from the February 22, 2017 Technology section of The New York Times. It was written by Farhad Manjoo and narrated by Fleet Cooper.

Cosa pensano gli ascoltatori di I Ignored Trump News for a Week. Here’s What I Learned.