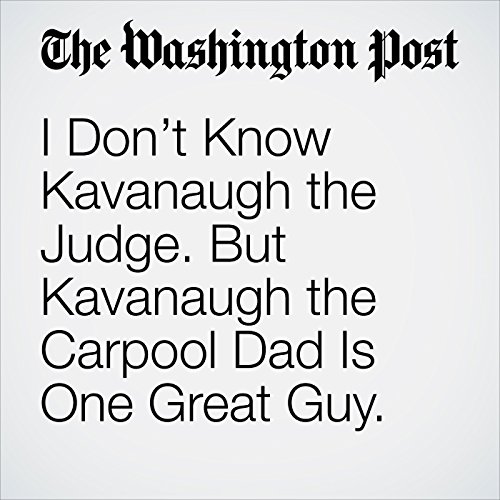 Much has been written about Brett Kavanaugh as President Trump’s nominee for the Supreme Court, but the discussion has focused on his record as a federal judge and in his legal career. I’d like to talk about him as Coach K. Like the one at Duke University, this Coach K also is a mentor to student-athletes who love basketball. But his players are sixth-grade girls.

"I Don’t Know Kavanaugh the Judge. But Kavanaugh the Carpool Dad Is One Great Guy." is from the July 10, 2018 Opinion section of The Washington Post. It was written by Julie O'Brien and narrated by Sam Scholl.