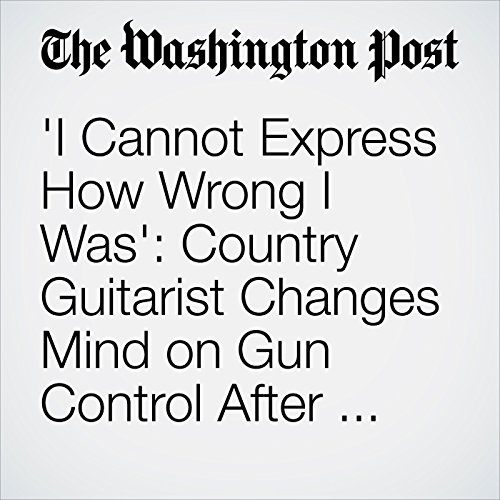 In the wake of the deadly mass shooting in Las Vegas on Sunday night that left at least 58 people dead and more than 500 injured, the Josh Abbott Band — like many country acts — posted a message that sent thoughts and prayers to the victims. The Texas-based group performed at the Route 91 Harvest festival Sunday afternoon, several hours before a gunman fired into the crowd during Jason Aldean’s set.

"I Cannot Express How Wrong I Was': Country Guitarist Changes Mind on Gun Control After Vegas" is from the October 02, 2017 Entertainment section of The Washington Post. It was written by Emily Yahr and narrated by Sam Scholl.