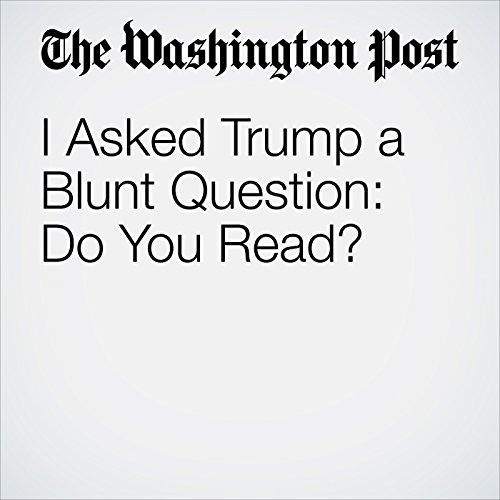 Michael Wolff’s tantalizing takedown of President Trump’s White House is so tightly packed with tales of political convulsion and personal betrayal that official Washington will be buzzing off its sugar high for weeks. But after the shock of Wolff’s account of Trump’s willful ignorance and intellectual incoherence fades, Americans will be left with the inescapable conclusion that the president is not capable of fulfilling his duties as commander in chief.

"I Asked Trump a Blunt Question: Do You Read?" is from the January 04, 2018 Opinion section of The Washington Post. It was written by Joe Scarborough and narrated by Jenny Hoops.