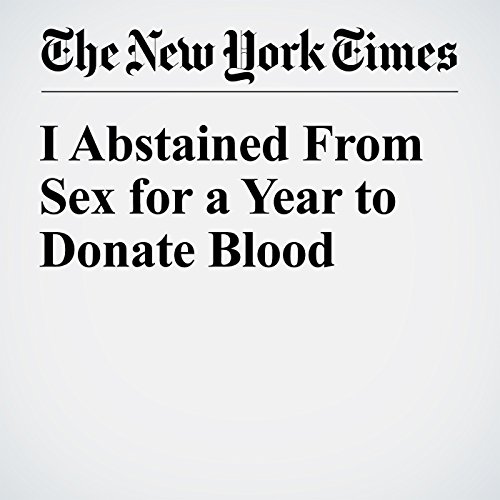 It shouldn’t be a big deal that I gave blood this week, but it is. To do it, I had to give up all forms of sex for a year. The reason: I’m gay.

"I Abstained From Sex for a Year to Donate Blood" is from the January 12, 2017 Opinion section of The New York Times. It was written by Jay Franzone and narrated by Keith Sellon-Wright.