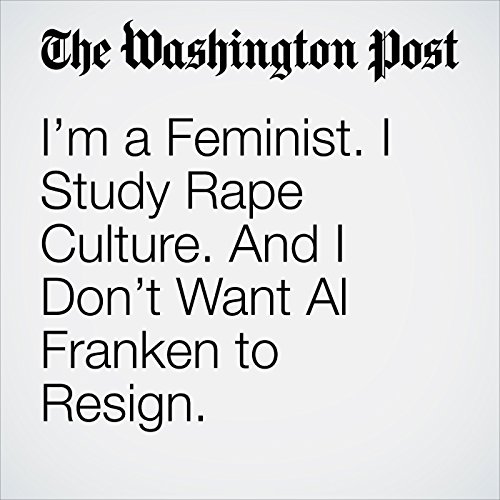 As a feminist and the author of a book on rape culture, I could reasonably be expected to lead the calls for Al Franken to step down, following allegations that he forced his tongue down a woman’s throat, accompanied by a photo of him grinning as he moves in to grope her breasts while she sleeps. It’s disgusting. But I don’t believe resigning from his position is the only possible consequence, or the one that’s best for American women.

"I’m a Feminist. I Study Rape Culture. And I Don’t Want Al Franken to Resign." is from the November 17, 2017 Opinion section of The Washington Post. It was written by Kate Harding and narrated by Jenny Hoops.