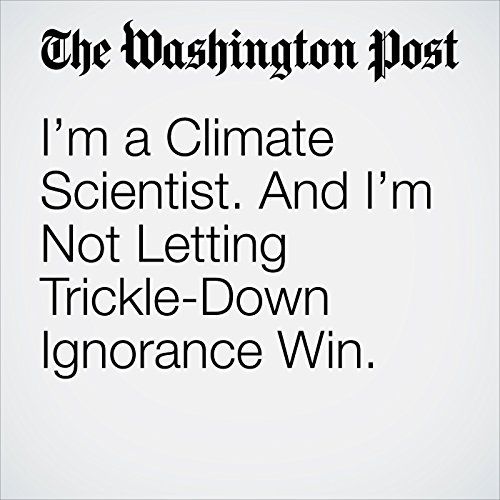 I’ve been a mountaineer for most of my life. Mountains are in my blood. In my early 20s, while climbing in France, I fell in a crevasse on the Milieu Glacier, at the start of the normal route on the Aiguille d’Argentière. Remarkably, I was unhurt. From the grip of the banded ice, I saw a thin slit of blue sky 120 feet above me. The math was simple: Climb 120 feet. If I reached that slit of blue sky, I would live. If I didn’t, I’d freeze to death in the cold and dark.

"I’m a Climate Scientist. And I’m Not Letting Trickle-Down Ignorance Win." is from the July 05, 2017 Perspectives section of The Washington Post. It was written by Ben Santer and narrated by Sam Scholl.