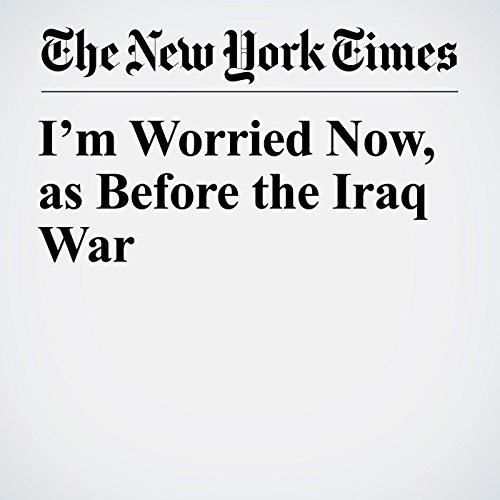 “We will be greeted as liberators” upon invading Iraq, Vice President Dick Cheney counseled in 2003 on the eve of the war. He had already relayed a prediction that the streets in Basra and Baghdad are “sure to erupt in joy.”

"I’m Worried Now, as Before the Iraq War" is from the March 21, 2018 Opinion section of The New York Times. It was written by Nicholas Kristof and narrated by Kristi Burns.