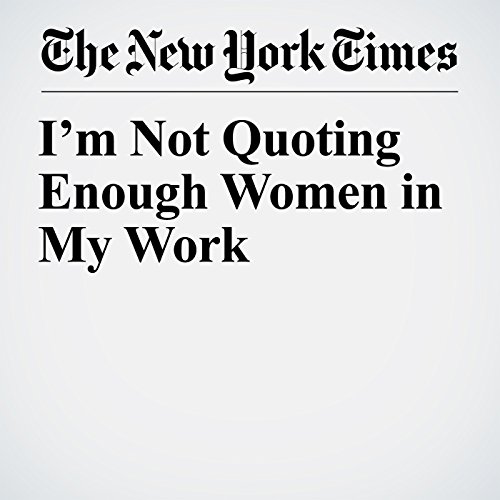 I’m Not Quoting Enough Women in My Work

Five years ago, a freelance journalist named Adrienne LaFrance decided to figure out the gender breakdown of the people she was quoting. With help from an MIT researcher, LaFrance analyzed the articles she had written over the previous year, spanning many subjects, in a variety of big-name publications.

"I’m Not Quoting Enough Women in My Work" is from the May 13, 2018 Opinion section of The New York Times. It was written by David Leonhardt and narrated by Keith Sellon-Wright.