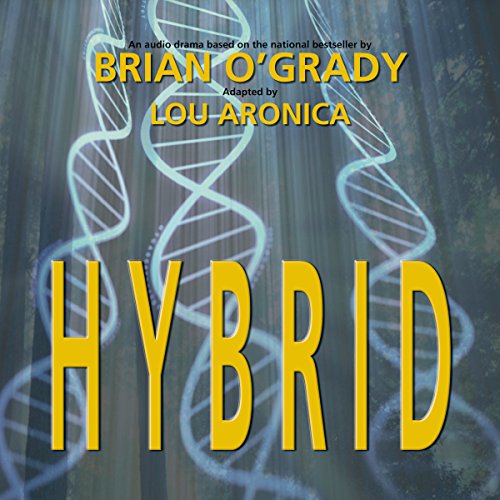 Hybrid is a riveting audio drama performed by more than a dozen actors with a dramatic background score and a full complement of sound effects. It tells the story of a world-changing virus that threatens to kill billions and Amanda Flynn, the heroic, damaged woman - herself a victim of the virus - who takes it upon herself to stop it. Amanda must face down both the government and a dark figure with powers similar to her own in an effort to accomplish her goal while the clock to global extermination ticks down.

Based on the national best seller by Brian O'Grady, Hybrid is riveting, breathtaking, intensely realistic (O'Grady is a practicing neurosurgeon), and, at times, surprisingly tender.

I liked the format at times particularly when they discussed the issues via email. the voices were lovely and clear but did grate on me after a while sorry. I felt at times more explanation was needed and at others less