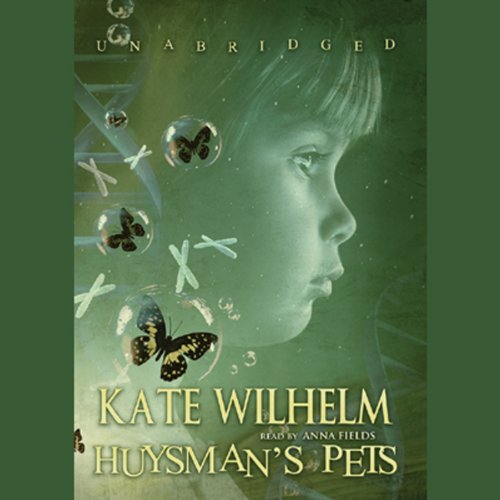 Stanley Huysman, a Nobel Prize-winning scientist, had spent his later years on far-out experiments that were never much heeded by the scientific community. Only after Huysman's death does his visionary genius become clear, when his widow, Irma, arranges for Drew Lancaster to write the scientist's biography.

As Drew delves into Huysman's notes, he discovers not only that the great scientist had actually been able to induce telepathy in his subjects by genetic manipulation, but also that Huysman's assistant, Clyde Dohemy, has unscrupulously taken over the project in hopes of lucrative funding.

When Drew recruits his ex-wife, Irma, and a group of young people who knew about Huysman's experiments to set a trap for Dohemy, they are drawn into a web of secrets involving Senate files, counterfeit money, gambling casinos, and the Secret Service.

"Wilhelm has produced another top-notch story, peopled with engaging, warm characters caught in the compelling mysteries of the real and not-so real world. For older YA sci-fi fans." (School Library Journal)
"This lively thriller is made especially appealing by its instantly engaging characters and its deftly dovetailed plot." (Publishers Weekly)

Found Kate Wilhelm through the Barbara Holloway books. Love mysteries and the books are wonderful. Searched for more and discovered the author had died.
She was known for her Syfy books. I listening to every book I can find. Most read by the same reader. She is excellent and fits the books.

Too Scientific For Me

There were too many Sci Fi / Scientific types of character for me.

Has Huysman's Pets turned you off from other books in this genre?

Yes, I would be very careful of buying more from this author from now on. I own too many of this author due to the Barbara Holloway series read by Anna, Great! I purchase these just adequate stories thinking author can do no wrong. Not the case.

She made our hero so fun and carefree. Dialogue with Father and daughter was great.

Do you think Huysman's Pets needs a follow-up book? Why or why not?

Absolutely NO, I would have quit if Ms Fields did not read the book. She has a way of bring home the bacon so of speak. THIS WAS NOT WORTH THE LISTENING TIME.