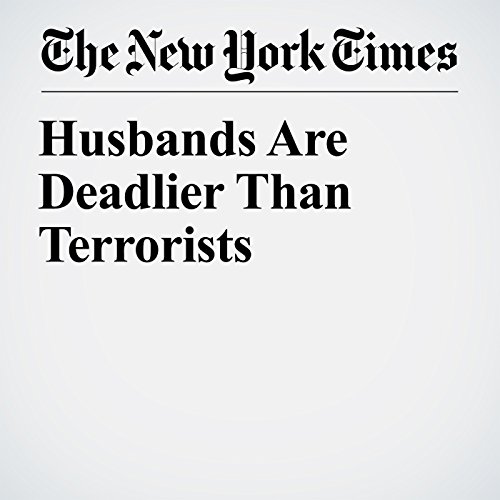 Last year Americans were less likely to be killed by Muslim terrorists than for being Muslim, according to Charles Kurzman of the University of North Carolina. The former is a risk of approximately 1 in 17 million; the latter, 1 in 1 million.

"Husbands Are Deadlier Than Terrorists" is from the February 11, 2017 Opinion section of The New York Times. It was written by Nicholas Kristof and narrated by Paul Ryden.