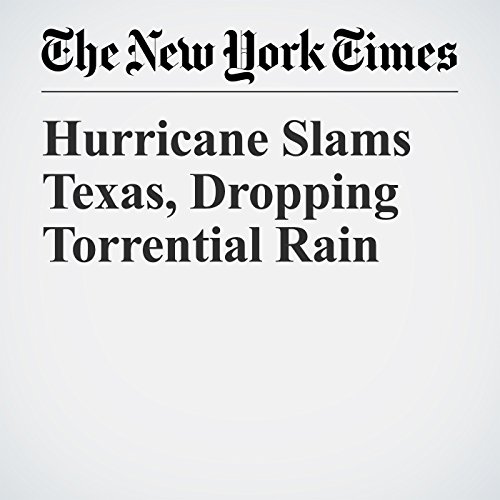 Hurricane Harvey bombarded a stretch of the Gulf Coast in Texas on Saturday with home-ripping winds and epic rains. As emergency officials scrambled to assess the extent of the damage, hundreds of thousands of people were without power after utility poles were knocked to the ground as if they were twigs.

"Hurricane Slams Texas, Dropping Torrential Rain" is from the August 27, 2017 U.S. section of The New York Times. It was written by Manny Fernandez, Alan Blinder and Simon Romero and narrated by Keith Sellon-Wright.