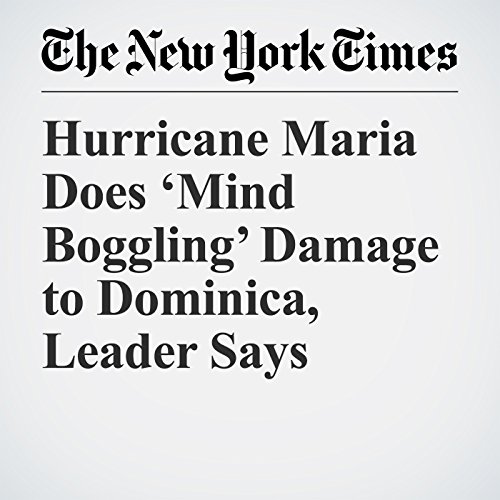 The Caribbean island nation of Dominica sustained “mind boggling” damage from Hurricane Maria, its prime minister said on Tuesday, after the storm hit with maximum sustained winds of nearly 160 mph that ripped roofs off buildings, including his own home.

"Hurricane Maria Does ‘Mind Boggling’ Damage to Dominica, Leader Says" is from the September 19, 2017 World section of The New York Times. It was written by Austin Ramzy and narrated by Kristi Burns.