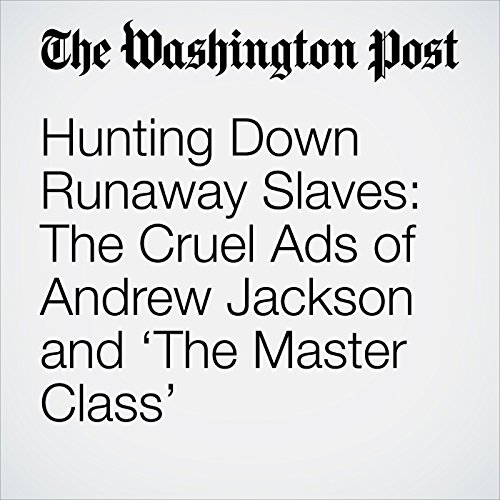 A historian collecting thousands of runaway slave ads describes them as “the tweets of the master class” in the 18th and 19th centuries.

"Hunting Down Runaway Slaves: The Cruel Ads of Andrew Jackson and ‘The Master Class’" is from the April 11, 2017 Retropolis section of The Washington Post. It was written by DeNeen L. Brown and narrated by Barbara Benjamin-Creel.