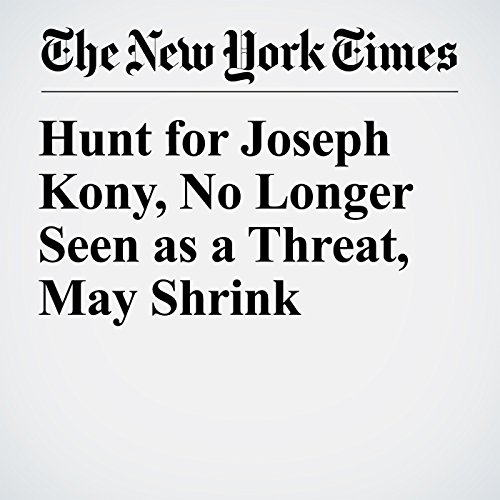 Kony and his violent guerrilla group, the Lord’s Resistance Army, gained worldwide attention after the social media video “Kony 2012” was viewed more than 100 million times on YouTube. The LRA is notorious for its use of child soldiers but has also carried out massacres, sexual violence, mutilations, pillage and abductions.

"Hunt for Joseph Kony, No Longer Seen as a Threat, May Shrink" is from the March 22, 2017 World section of The New York Times. It was written by Zack Baddorf and Eric Schmitt and narrated by Fleet Cooper.