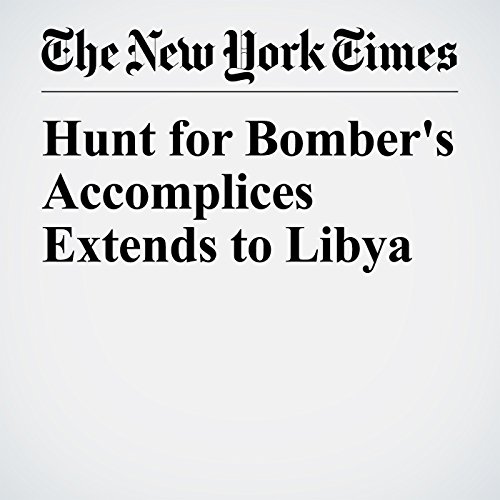 Police accelerated their hunt Wednesday for co-plotters of the Manchester concert bombing, making at least a half-dozen arrests in Britain, searching for a possible clandestine bomb factory and extending the investigation to Libya, where two of the bomber’s relatives were detained.

"Hunt for Bomber's Accomplices Extends to Libya" is from the May 24, 2017 World section of The New York Times. It was written by Katrin Bennhold, Stephen Castle and Suliman Ali Zway and narrated by Kristi Burns.