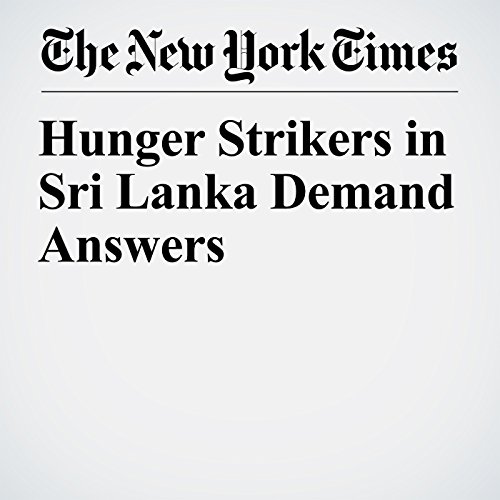 The government under the former president, Mahinda Rajapaksa, defeated the Tamil rebels, ending the civil war in a surge of violence. Amnesty International estimates that 60,000 to 100,000 people are still missing from two communist insurgencies and the long war with the Tamil Tiger rebels.

"Hunger Strikers in Sri Lanka Demand Answers" is from the January 26, 2017 World section of The New York Times. It was written by Dharisha Bastians and Geeta Anand and narrated by Barbara Benjamin-Creel.