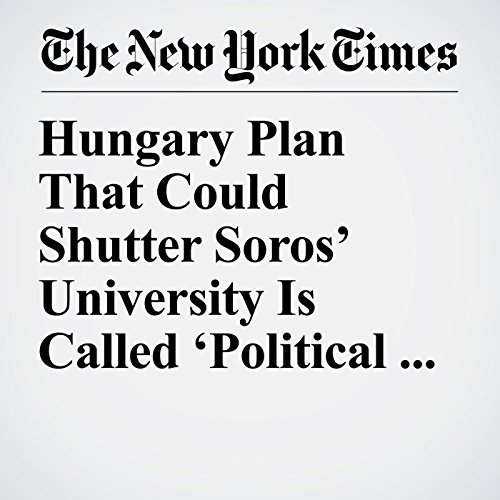 The move, according to observers, was the latest development in a crackdown on free expression and liberal values under Hungarian Prime Minister Viktor Orban, who has embraced President Donald Trump and vociferously denounced Soros, a billionaire who is a frequent target of attacks by the right-wing news media in the United States and Europe.

"Hungary Plan That Could Shutter Soros’ University Is Called ‘Political Vandalism’" is from the March 29, 2017 World section of The New York Times. It was written by Palko Karasz and narrated by Caroline Miller.