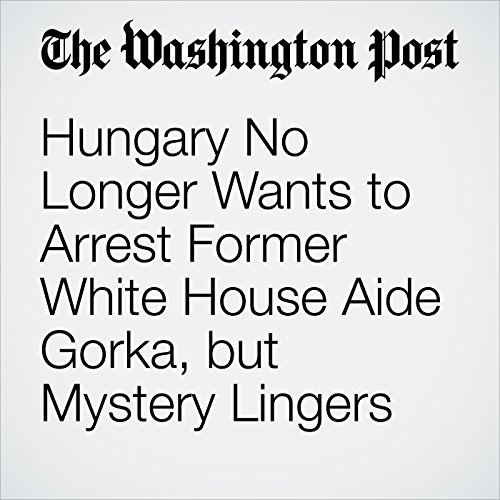 Former White House aide Sebastian Gorka appears to be no longer wanted for arrest by Hungarian police, according to media outlets in Budapest. Gorka, a Hungarian citizen, was long listed as “wanted” on the website of the country’s police, but his name has now disappeared from the site.

"Hungary No Longer Wants to Arrest Former White House Aide Gorka, but Mystery Lingers" is from the February 12, 2018 World section of The Washington Post. It was written by Rick Noack and narrated by Sam Scholl.