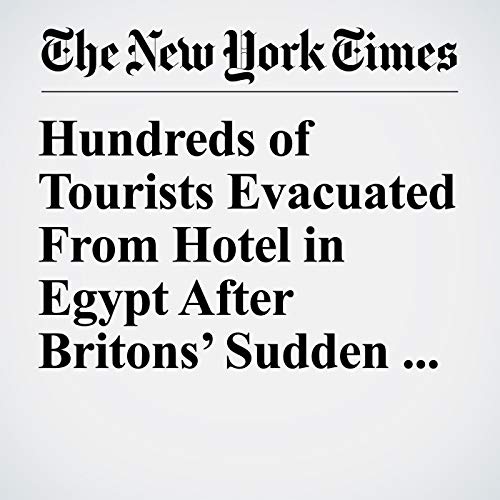 CAIRO — Prompted by the unexplained death of a British couple at an Egyptian Red Sea resort this week, their tour company was evacuating 300 foreign guests from their hotel Friday after it received reports that other guests had also fallen ill.

"Hundreds of Tourists Evacuated From Hotel in Egypt After Britons’ Sudden Death" is from the August 24, 2018 World section of The New York Times. It was written by Declan Walsh and Palko Karasz and narrated by Barbara Benjamin-Creel.