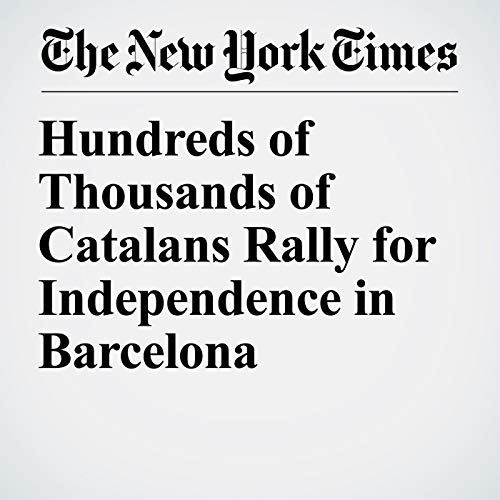 BARCELONA, Spain — Hundreds of thousands of pro-independence Catalans took over downtown Barcelona on Tuesday, in their largest show of force since a botched declaration of independence from Spain last October.

"Hundreds of Thousands of Catalans Rally for Independence in Barcelona" is from the September 11, 2018 World section of The New York Times. It was written by Raphael Minder and narrated by Kristi Burns.