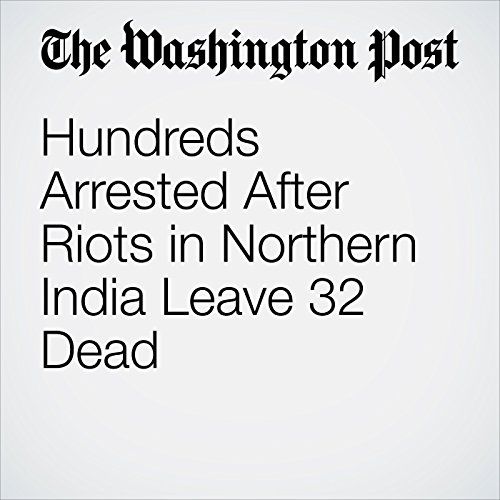 Hundreds of people have been arrested in a north Indian city after protests over the rape conviction of a religious sect leader turned violent, leaving 32 dead and more than 200 injured.

"Hundreds Arrested After Riots in Northern India Leave 32 Dead" is from the August 26, 2017 Asia & Pacific section of The Washington Post. It was written by Vidhi Doshi and narrated by Sam Scholl.